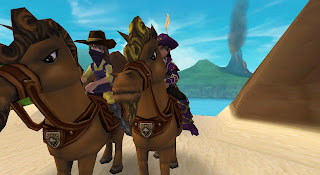 VISIT STORMGEM'S QUEST!!
Good morning, me hearties! I've been searching through blogrolls, looking for blogs that I haven't seen before and that I thought were interesting. Along the way, I stumbled upon a blog called Stormgem's Quest by Rylee Stormgem. This blog featured artwork, questing updates, and more - it was very well put together as well. I invited Rylee to strike up a conversation over e-mail, where I proposed an interview! Here's what you'll want to know about the owner of the next blog of note: RYLEE STORMGEM!

Destiny's Travels: Who are you?

Rylee Stormgem: Rylee Stormgem! a few years ago I played W101 as a level 35 storm wizard, but I'm taking a little break from that. I'm currently an almost level 20 Privateer. My goal for my P101 character is to get to about the same level I got to in W101. Then continue on from both and try to complete the games!

Tell us about your blog... 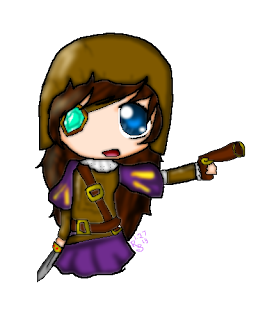 Storgmem's Quest is more of a diary then a blog, in my opinion! I just post what I've been doing in P101. I post lots of pictures, though, so whoever reads it can kind of get a sneak peak into my life and the quests in P101. I also post my art! Art is my other hobby! I've been drawing ever since I was able to pick up a pencil. I draw P101 related pictures.

What about your characters?

Well, I said before, I'm almost level 20 Privateer, currently in Santo Pollo Skyway trying to find El Toro. In battle, my technique is to try to defeat one enemy at a time. I've noticed it goes faster then going for a bunch of different foes at the same time! I have 6 pets, 2 of which I've won from Tribal Crew Packs! :D I have two "secondary classes", Musketeer and Swashbuckler. I couldn't pick one so I'm learning from both!

You're a wonderful artist - could you explain to us your methods? 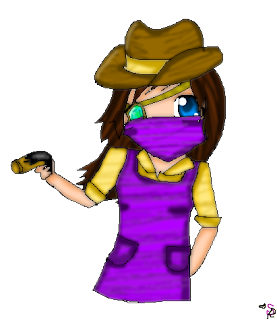 Aw, thank you! I'm 100% self taught. I draw free hand in pencil, then i take a picture and edit it through my computer. I use MS Paint to outline and Paint.net (a program, not a website :P) to edit and color it in. Also, i sometimes  just draw with my mouse! :)

What's your favorite part about the community?

Hmm... I guess my favorite part about the P101 community would be just how everybody can become a part of the story. P101 has so many things to offer, and its so cool how all the players can talk about it in forums and blogs! I honestly think that P101 also boosts the player's imaginations and makes the players think a little differently.

What are your goals, and the message that you want to portray through your blog? 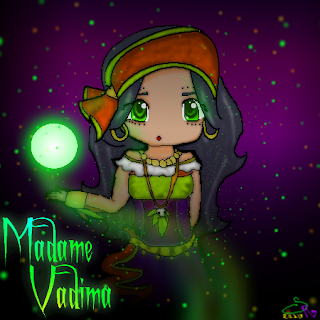 Stormgem's Quest is trying to tell all pirates to really try their hardest, be adventurous, and be creative! :) I have posts on where I had to do dungeons several different times in order to beat them! Also I hope to inspire people with my art and my posts. That's my biggest goal of all. :)

I'm going to drop your pirate in New York City. What will she do when she gets there?

My pirate would be extremely confused!!
-
Stormy Rylee: Excuse me, sir, would you happen to know where the nearest docks would be? I need to go to Santo Pollo and meet El Toro. It's an emergency!!
New Yorker: Ah?! What are you talking about?! Docks??!
Rylee: Yes! Oh, or better yet, do you know a shortcut to Cool Ranch?
New Yorker: .........?!?!?

It was great to strike up a conversation with Rylee, who is very kind and funny. I suggest that you stop by and take a look at her blog, Stormgem's Quest - it's definitely worth your time! I'm so surprised that Rylee learned to draw on her own - that takes talent! I can't wait to see how SQ develops, and see all the wonderful artwork Rylee puts out. VISIT STORMGEM'S QUEST!


With that, Keep Traveling!

Unfortunately, Wordpress logins have not been working well as of late. Sorry for the inconvenience. Thank you for leaving me a comment! 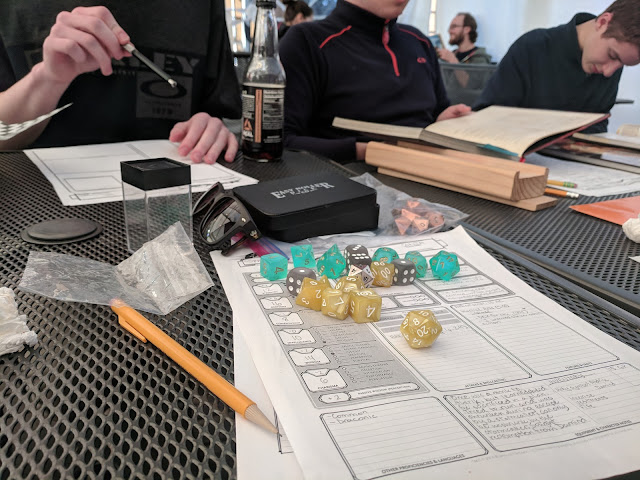 Edit: Hi everyone! Super big thanks to Friendly for linking to me. This website is pretty much discontinued and I now write over at my new website for the time being, with a special D&D project in the works... Thank you!

I'm growing to like Zulu's Board Game Cafe more the more I visit it. Today I ventured onto the patio for the first time. It was sunny out at the warmth of the day permeated the barrier made by the tent that connected to the door back inside. Fairy lights (though not plugged in) lined the interior of the tent and a space heater took up the space in the center of the area. On metal chairs over a grated table, I met for the first time with a group of people from two other robotics teams for some evening dice-rolling.

I've been involved with D&D for a long time, at least for as much history as I've got, since many people have played longer than I've been alive. For the past few years, I've DMed. Playing didn't really strike me. I was mu… 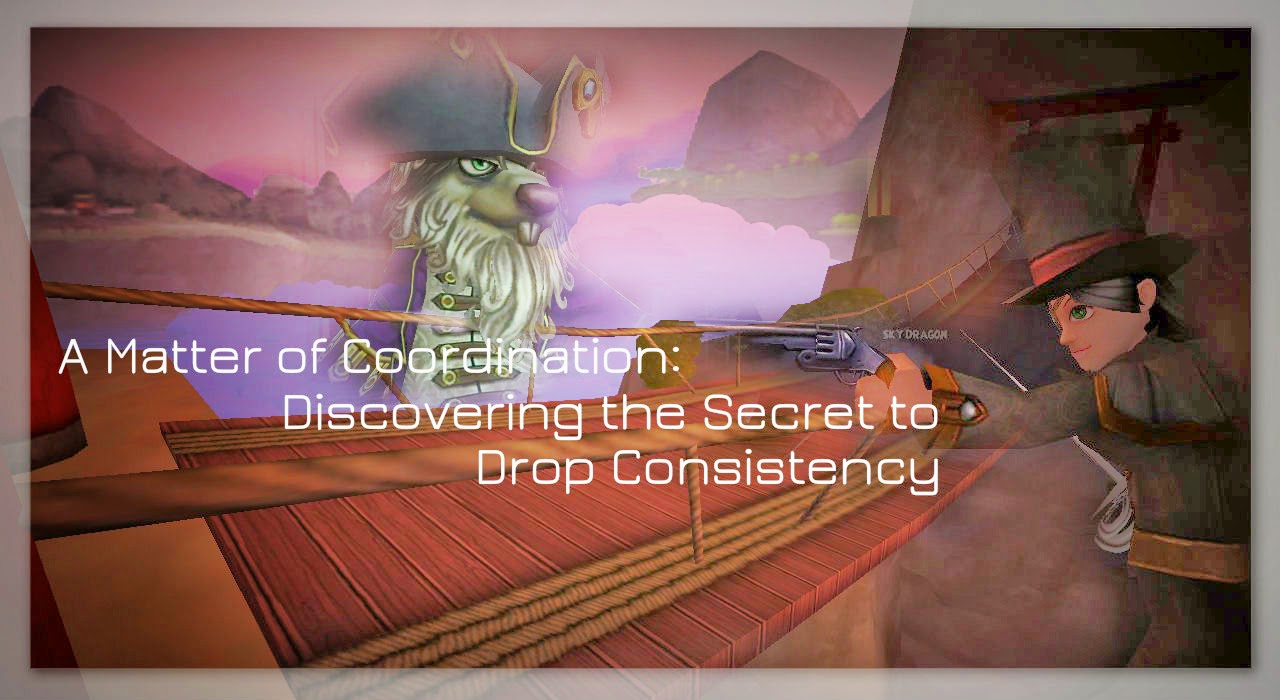 A Matter of Coordination: Discovering the Secret to Drop Consistency

Give this a try: With one hand, rub your stomach in a circular motion. With your other hand, begin patting your head. It may take a little practice, but this is do-able. Are you able to do either motion out of time with the other? Change rubbing direction? What about switching motions on a whim or even changing hands? Even though this appears as just another coordination challenge, there is some justice to it. Let's look into the history of things and see what effect coordination really has on the game. 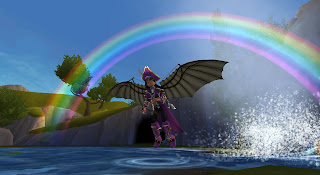 Da Finchi's Wings: The Key to the Clockworks?

What if I told you that my investigation on time period and world placement in Pirate101 may solve the mystery of the Valencian Clockwork Armada? What if, through the art and invention of a Renaissance mastermind, that solution was right at our fingertips? Today, we're going to take a look at one of Europe's greatest artists and perhaps stumble upon what may be the key to the clockworks at last.